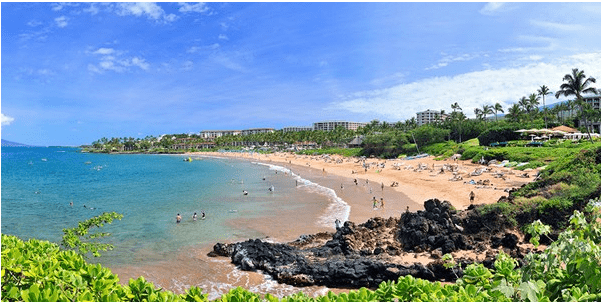 Thinking of taking a trip this winter to Hawaii? There is a *hot* airline sale to Hawaii right now with this Hawaiian Airlines Travel sale.  Hawaiian airlines has a four-day winter sale from now until Friday 9/23 at midnight pst.  Fares are available for travel on Mondays – Thursdays between January 9th – March 2nd, 2017.  Most of these lower rates for Maui are only available for January travel dates, but if you’re wanting to go to Honolulu, then we’ve found these rates during that whole time period.

The best way to search to find these lower rates is to use the “Price Calendar” which will show you the dates that are offering the lower rates for any of the departure & arrival locations you are choosing.

Rates are higher for Portland – Maui (starting at $476) but Portland – Honolulu does have prices at $448 in January & and a few in February.

Here are the sales they are advertising for the NW but there are other locations available too if you’re not in these areas. Check out these Hawaiian Airline Flights: