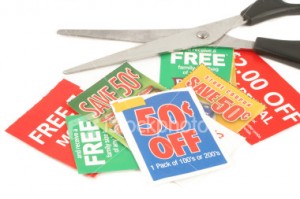 We only have a day and a half left of 2010 – it seems like this year just flew by! The end of the year means that a number of coupons & deals are expiring, so make sure you’ve checked to see if there are any deals you want to take advantage of at the last minute!

Use for Expired Coupons:

Did you know that if your coupons are expired, military members stationed overseas can still use your coupons.  They can use the coupons at overseas military bases for up to 6 months past their expiration date. Wouldn’t this be a great time to package up all your expired coupons & send them to the Overseas Coupon Program?!

I just realized that I had several deals that I’ve bought thru the various group buying sites that are expiring on December 31, 2010.  So, I encourage you to go thru all the Group Buying sites that you’ve used & see if you have any deals that you can still take advantage of before they expire tomorrow.  My goal for the new year is to create an excel spreadsheet where I list all of the Group Buying sites & the deals I’ve bought along with the expiration dates.  This way none of those deals will be wasted {I’m embarrassed to admit that I had 3 deals I bought this year that I missed the expiration dates on. So sad. :( }

Here are a few of the deals that I found that are expiring on December 31st, 2010:

Here is a list of some of the group buying sites that will have expirations on their deals:

Let us know if you find any other group buying deals that are expiring on December 31, 2010 to add to our list!