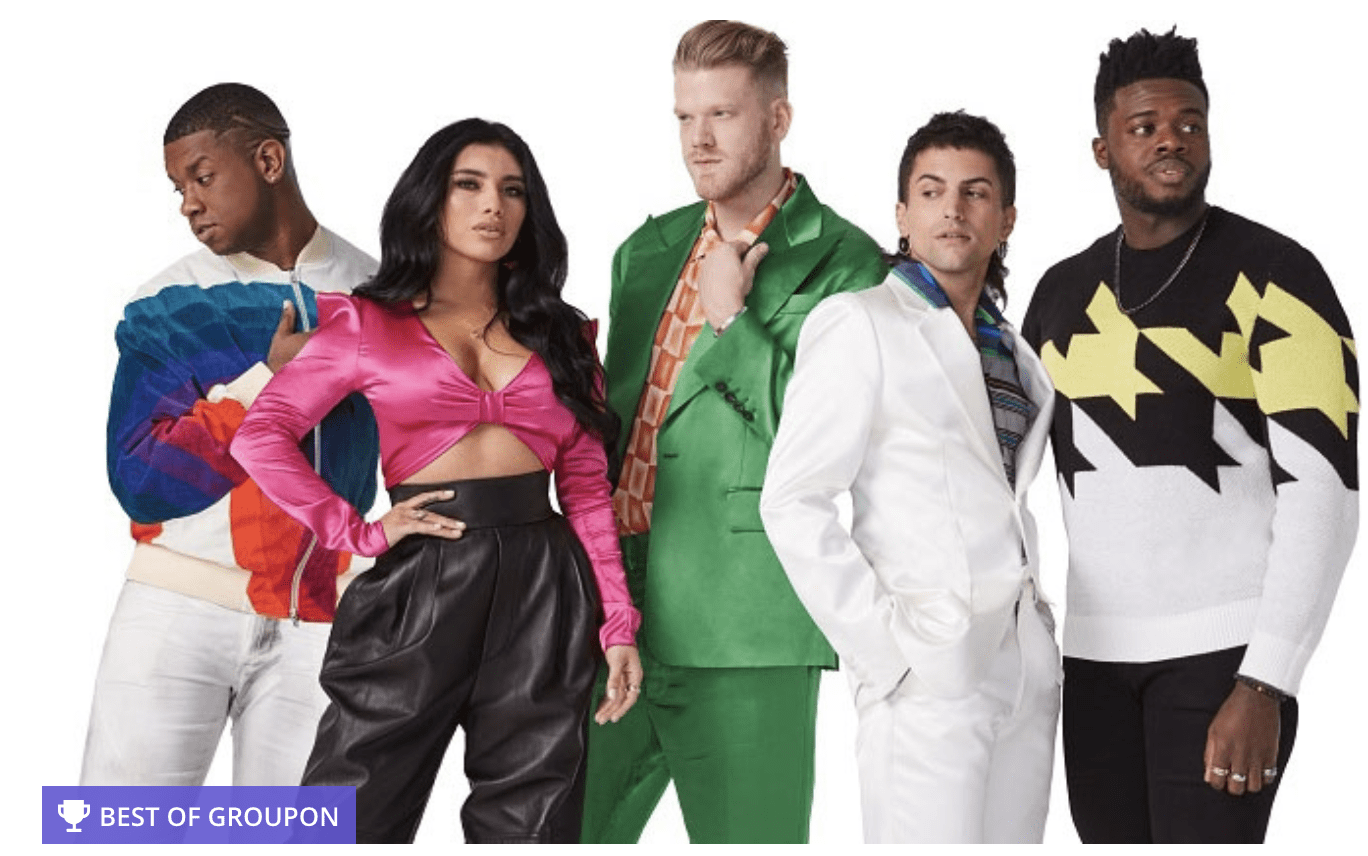 If you love the a capella group, Pentatonix, we have found some discounted tickets for their upcoming Northwest show on July 3, 2019. There are discount tickets available right now!  The tickets are $65 (regularly $103.57) .

This is a 3 time Grammy winning a capella group that I’ve heard put on a fabulous show. They are also on tour with special guest, Rachel Platten.

More information about the Pentatonix Show: