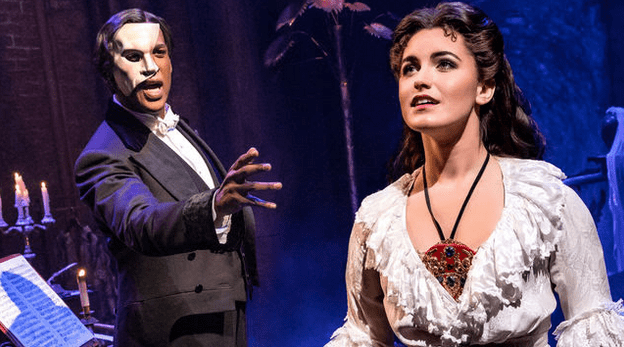 Phantom of the Opera Tickets for Seattle  – Discount Tickets

The closer we get, Phantom of the Opera could sell out with so few shows, so these may be tickets you want to grab soon so you don’t miss out or have to pay much greater prices.

More information about Phantom of the Opera:

Cameron Mackintosh’s exciting new tour of The Phantom of the Opera brings the dramatic doomed love triangle to Seattle’s Paramount Theater. Described by critics as “bigger and better than ever before,” the latest edition of Andrew Lloyd Webber’s musical masterpiece offers bold new staging with original costumes, fresh choreography and exciting special effects (including the legendary chandelier) — plus a soaring score filled with memorable songs like “Masquerade,” “The Music of the Night” and “All I Ask of You.” Mackintosh is known for producing sensational musical hits like Miss Saigon, Cats, Mary Poppins and Les Misérables (both the live show and the 2012 Oscar-nominated film). But Phantom might just be his best work yet. It’s certainly the biggest — with a cast and orchestra of 52. This Phantom is one of the largest musical productions currently on tour and here’s your chance to snap up pre-sale tickets.