Tickets for Oliver! at the 5th Ave Theater are on sale right now for as low as $46.00 through Goldstar. The regular price for these tickets start at $93.25, so this is over half off the regular price. To get this offer, simply choose the date that works best for you. Pricing may be higher for some premium dates.

Follow young orphan Oliver from a dreary workhouse to the streets of Victorian London, where he unwittingly falls in with a gang of pickpockets, in Oliver! Based on Charles Dickens’ beloved novel Oliver Twist, this boisterous musical features memorable songs like “Food, Glorious Food,” “Consider Yourself,” “Where Is Love?” and “As Long as He Needs Me,” and timeless themes, including the search for love, the triumph of right over wrong and the hope for a better world. Oliver! premiered in London’s West End in 1960, scored three Tony Awards for its Broadway debut in 1963 and was made into a six-time Oscar-winning musical film in 1968. This musical theater classic might leave you saying, “Please, sir, I want some more.”

Also, Gilt City has Oliver on sale for only $59.75 starting tomorrow Dec. 4th, 2013. Seating from Gilt City includes One Orchestra, Grand Tier Left or Right, or Front Balcony seat ticket to “Oliver!” at The 5th Avenue Theatre for select performances from Friday, December 27, 2013 through Tuesday, December 31, 2013.

Gold Star also has A Christmas Carol on sale, with ticket prices starting at $16.00 ranging to $25.50. These are also half off the regular price of a ticket. A Christmas Carol will be showing at the Allen Theatre at ACT in Seattle.

About A Christmas Carol

Since the play’s debut at ACT in 1976, more than 600,000 people have joined Jacob Marley, Bob Cratchit, Tiny Tim and good old Ebenezer Scrooge on his journey from bah humbugger to holiday good-heartedness. In Charles Dickens’ truly timeless classic, the miserly Scrooge learns the real meaning of Christmas with the help of three spirits — the Ghosts of Christmas Past, Present and Yet To Come. First published in 1873, the novella was an instant popular and critical success, and its story has yet to be improved upon. Don’t miss this historic production, a true Seattle family tradition.

Sherlock Holmes Solves the Case of The Hound of the Baskervilles

If you are wanting to see a mystery, you are going to want to check out Sherlock Holmes Solves the Case of the Hound of the Baskervilles at the Bagley Wright theater at Seattle Rep. Tickets are on sale starting at $15.00 to $20.00.

About Sherlock Holmes Solves the Case of the Hound of the Baskervilles:

Suspense and laughter share the stage in this adaptation of the popular Sherlock Holmes tale,The Hound of the Baskervilles. Two Seattle theater vets bring their witty sensibility to this classic Victorian whodunit about an attempted murder tied to the legend of a fearsome, diabolical hound. The famous detective and his trusty sidekick Dr. Watson travel to the misty, moody moors of England’s West Country where the Baskerville family patriarch has died under mysterious and chilling circumstances and his nephew and heir, Sir Henry, may be next. Is it the family curse or is it murder? Holmes is on the case!

Enjoy the Oregon Ballet’s The Nutcracker, with prices starting at only $30.00. That’s more than half off the regular price.

Experience the wonder of holiday magic at Oregon Ballet Theatre’s beloved holiday production of The Nutcracker, with George Balanchine’s original choreography. This iconic version of the popular holiday ballet is set to the cherished Tchaikovsky score. The ballet tells the timeless story of young Marie, who receives a nutcracker soldier as a gift and has a magical Christmas-night dream that her toy comes to life. Together they experience a grand adventure that takes them through an epic battle with the Rat King to the Sugarplum Fairy’s magical Land of the Sweets. Enjoyed by families for generations, the ballet creates cherished new memories every year. 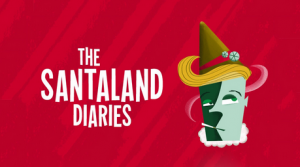 The Santaland Diaries is also available in Portland, Oregon with ticket prices only $20.00.

The Santaland Diaries is the hit solo show based on a short story by humorist David Sedaris. It’s the outrageously funny tale of Sedaris’ stint as an embittered elf at Macy’s in New York. At first, the job is simply humiliating, but once the thousands of visitors start pouring through Santa’s Workshop, Crumpet the Elf becomes battle weary and bitter, occasionally taking out his frustrations on children and parents alike. Sedaris is the best-selling author of When You Are Engulfed in Flames, Me Talk Pretty One Day, Dress Your Family in Corduroy and Denim and his latest, Let’s Explore Diabetes With Owls. Wendy Knox directs Portland favorite Darius Pierce in his return as Crumpet.

Also Check out Portland’s Disney Beauty and the Beast Musical