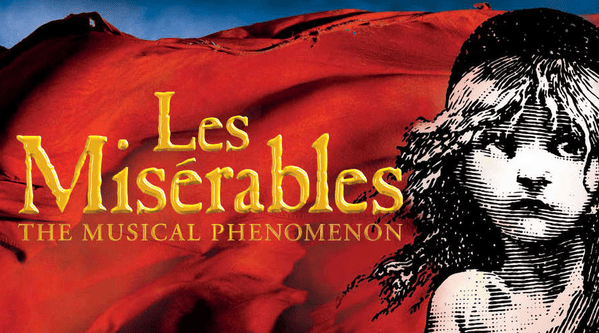 Goldstar.com is offering tickets for the Les Miserables Broadway show which is coming to the Paramount Theater in Seattle in June 2018, just a week or so away.  Les Miserables will only be in Seattle for 16 shows, from June 7th – June 17, 2018. If you have never been to Les Miserables, this is one of the best Broadway shows you will ever see! It’s such a classic, well-loved play that has been around since 1985, where it debuted in London. It is the 5th longest running Broadway production of all time.

There are only 3 dates available at these discount prices – here are the dates:

LES MISÉRABLES originally opened in London at the Barbican Theatre on October 8, 1985, transferred to the Palace Theatre on December 4, 1985 and moved to its current home at the Queen’s Theatre on April 3, 2004 where it continues to play to packed houses and is the only version of the original production left in the world. The original Broadway production of LES MISÉRABLES opened at the Broadway Theatre on March 12, 1987 and transferred to the Imperial Theatre on October 17, 1990 running for 6,680 performances.  The original US National Tour began in November 1987 and visited over 150 cities before closing in St. Louis, MO in 2006.  Broadway audiences welcomed LES MIZ back to New York on November 9, 2006 where the show played the Broadhurst Theatre until its final performance on January 6, 2008.

The new production was conceived in 2009 to celebrate the 25th Anniversary, with record-breaking productions in the U.K., Australia, Korea, Japan, Spain, France, Manila, Singapore and Dubai. The new production is currently playing to sold out houses around Japan and in São Paulo with upcoming productions in Mexico and around the U.K.. The North American Tour traveled across the U.S. for two years then played a five month engagement in Toronto before returning to the Imperial Theatre on Broadway in March 2014 for over 1,000 performances.