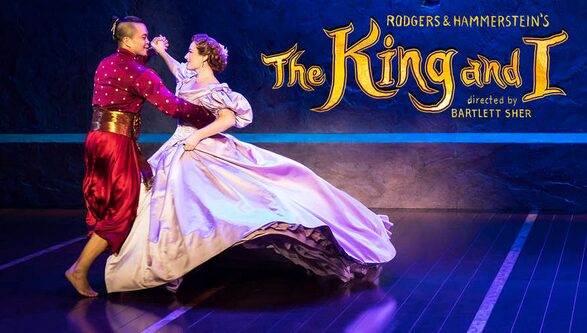 The King and I Discount Tickets at the Paramount Theater, Seattle, WA

Ticket sales end today, February 2nd, so don’t delay if you’re interested in going! I had friends who went to this & they said it was so well done!

Here are the dates for The King and I discount tickets:

More information about The King and I:

Two worlds collide when the Lincoln Center Theater production of this “breathtaking and exquisite” (The New York Times) musical, directed by Bartlett Sher, comes to the Paramount Theatre in Seattle. The King and I boasts a score that features such beloved classics as “Getting To Know You,” “I Whistle a Happy Tune,” “Hello Young Lovers,” “Shall We Dance” and “Something Wonderful.” Set in 1860’s Bangkok, the musical tells the story of the unconventional and tempestuous relationship that develops between the King of Siam and Anna Leonowens, a British schoolteacher whom the modernist king, in an imperialistic world, brings to Siam to teach his many wives and children. Winner of the 2015 Tony Award for Best Musical Revival, The King and I is “too beautiful to miss” (New York magazine).